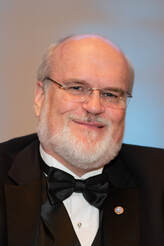 2021 & Onwards
On January 29, 2021, the Texas Supreme Court delivered a landmark victory to Texas chiropractors with its ruling in Texas Board of Chiropractic Examiners et al v. Texas Medical Association. Ending a decade-long dispute with the Texas Medical Association (TMA) over the role of the nervous system in chiropractic practice, the Supreme Court unanimously upheld the Board’s definitions of the “musculoskeletal system” and “subluxation complex” that referenced nerves. In a split decision, the court upheld the Board’s rule pertaining to vestibular ocular nystagmus testing (VONT). Leaning heavily on its previous denunciation of TMA in Texas State Board of Examiners of Marriage and Family Therapists v. Texas Medical Association, the Court determined that the Board “could reasonably consider neural involvement in the musculoskeletal system in defining the scope of chiropractic.” The Court also noted that the Board’s rule “merely recognizes the reality that musculoskeletal dysfunctions cannot be diagnosed or treated without considering associated nerves.”
​